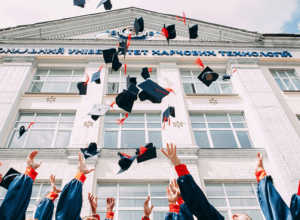 Researchers writing in BioMed Central’s open access journal Respiratory Research have found that having less than 12 years of formal schooling is associated with worse asthma symptoms.

Drs. Kim Lavoie and Simon Bacon from the Hôpital du Sacré-Coeur de Montréal, Canada, worked with a team of researchers to study asthma severity in a group of 871 adult patients. They said, “Lower educational achievement was associated with worse asthma control, greater emergency health service use, and worse asthma self-efficacy. Patients with less than 12 years of education were 55% more likely to report an asthma-related emergency health service visit in the last year.”

The researchers suggest that lower education is often a marker of lower socioeconomic status generally, and that this may explain their results. At the individual level, poorer people may have higher exposures to indoor allergens, such as cockroaches, tobacco smoke and mould, and outdoor urban pollution.

According to Lavoie, “Although this link between socioeconomic status and asthma is well established in children, this is the first study to investigate it in an adult population in Canada. It is noteworthy that patients with less education were more likely to exhibit poor health behaviors that may exacerbate asthma, including smoking and being overweight.”

Lavoie and her colleagues hope that once all the mechanisms of the poverty-asthma relationship have been identified, interventions can be developed to improve asthma outcomes in these patients.

Editor’s Note: This article is not intended to provide medical advice, diagnosis or treatment.