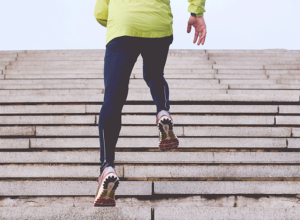 People with chronic health problems who suffer from depression may find their mood improve when they do aerobic exercise, a research review suggests. “One of the key messages that we see often around aerobic exercise is: something is better than nothing and more is better than less,” said senior study author Dr. Simon Bacon of Concordia University in Montreal, Canada. “To some degree our study reinforces this point,” Bacon said by email.

Patients with long-term medical issues are two to three times more likely to develop depression than the general population, researchers noted in the British Journal of Sports Medicine, online February 6. When these patients do become depressed, their chronic illnesses often worsen and their risk of dying goes up. Patients who exercised at least two to three times a week were more likely to see a reduction in depression symptoms than people who didn’t do aerobic exercise at all, the study found.

This story was also featured in the Jordan Times